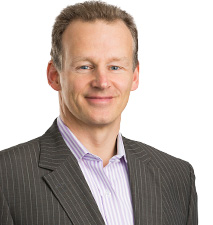 “As the CEO of Pacific Internet, I enjoyed running a telco and technology company. Then I implemented an acquisition strategy to grow the business and realised that I had a real passion for deal making.”

Jochen Bonitz is the founder and principal of Bonitz Advisory. He acts as lead adviser on all transactions and advisory projects with the support of the company’s team.

Before founding Bonitz Advisory, Jochen was a Director in KPMG’s Corporate Finance unit and an Associate Director of the Commonwealth Bank’s Equity & Advisory area. Jochen first became involved with M&A when he engineered a merger and subsequent divestment of his start-up business, which he co-founded in 1997, to Singapore-listed telco Pacific Internet.

With his unique background as an entrepreneur, consultant, general manager and corporate adviser, Jochen has led a range of complex and successful transactions with companies like NEC Australia, the Australian Federal Government, MCI / OzEmail, iiNet, Vocus Communications, NTT Australia, the Commonwealth Bank and many others.